Following a deluge of racist abuse directed at the England players during their Euro 2020 qualifying match, Brits say it’s time players left the field if they are subject to racial insults from the fans. 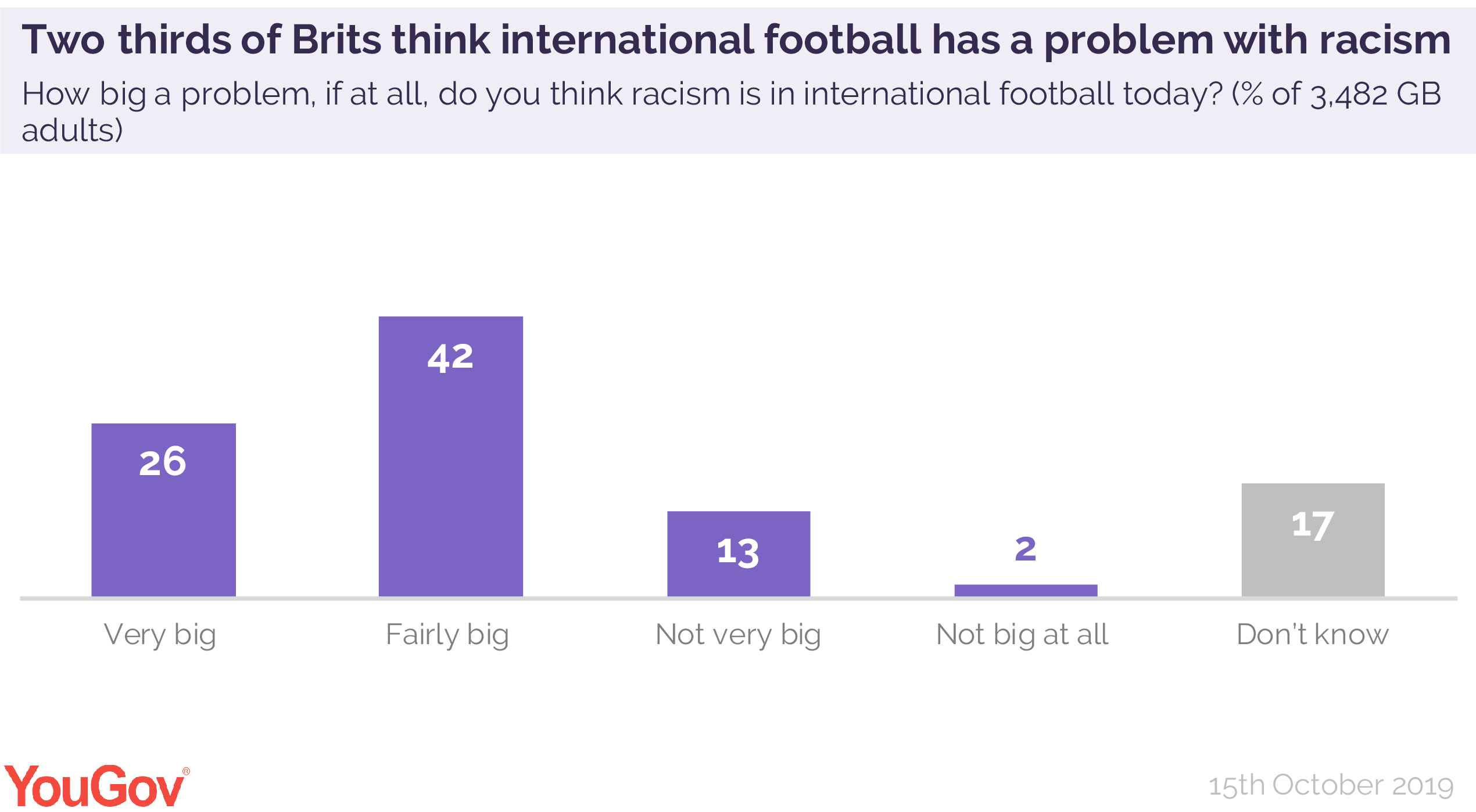 England’s recent game against Bulgaria was halted twice during its first half, as supporters were warned against using racist language and insults however Brits think one warning should be the maximum before players should abandon the match. 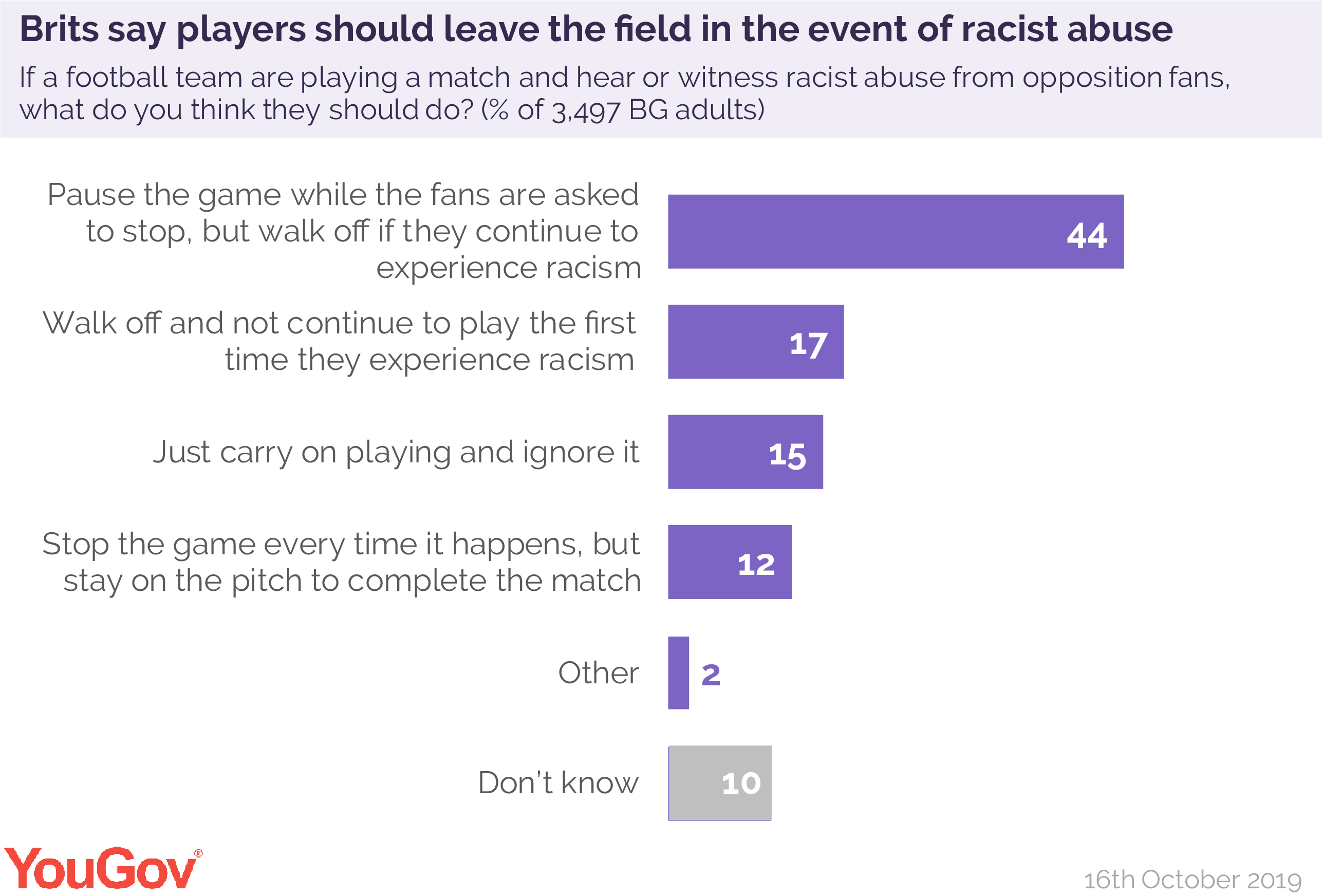 But pausing matches mid flow wouldn’t prevent abuse before the game, and some of the England squad reported racist shouts from the stands during their pre-match warm-up.

A sixth of Brits (15%) say games shouldn’t be halted, and that players should do their best to ignore the abuse and carry on with the match.