Businesses that rely on sports for a large percentage of their revenue have suffered particularly during two months of nationwide lockdown, with no sign of sports returning to pre-lockdown levels anytime soon.

Gambling firms have consequently seen customer bases diminish during the last few months, as seen by William Hill, who released a statement reporting a 57% drop in revenue in the seven weeks to April 28th. The company said online betting revenues were also down by a fifth during the same period, with every month shops were closed costing up to £15 million.

William Hill said it was preparing to “power up” its businesses quickly if social distancing plans allow it to reopen shops. As the betting giant prepares to reopen stores with the easing of lockdown in Europe, new YouGov data shows that certain groups will be more open to returning to stores than others.

At the start of lockdown William Hill’s consideration scores (whether someone would consider purchasing from the brand in future) hit a low of +2.8 points at the end of March as a direct impact from the ban on live sporting events. For comparison, consideration scores peaked at +7.6 at the start of February during the Six Nations and the First Knockout Round of the Champions League.

However, consideration among Brits who say that they are either likely or very likely to watch a sporting event in person in the next three months has increased by 8.3 points during lockdown.

Similarly, consideration scores among those who have a low level of concern towards contracting coronavirus have also grown significantly. Those who say they are very or somewhat scared that they will contract COVID-19 are much less likely to consider the brand – scores dropped from +7.3 to +3.8 since 23rd March.

When the groups of those who less afraid of catching COVID-19 and those who are optimistic about attending sporting events soon are combined, consideration scores increased by 10 points over two months. 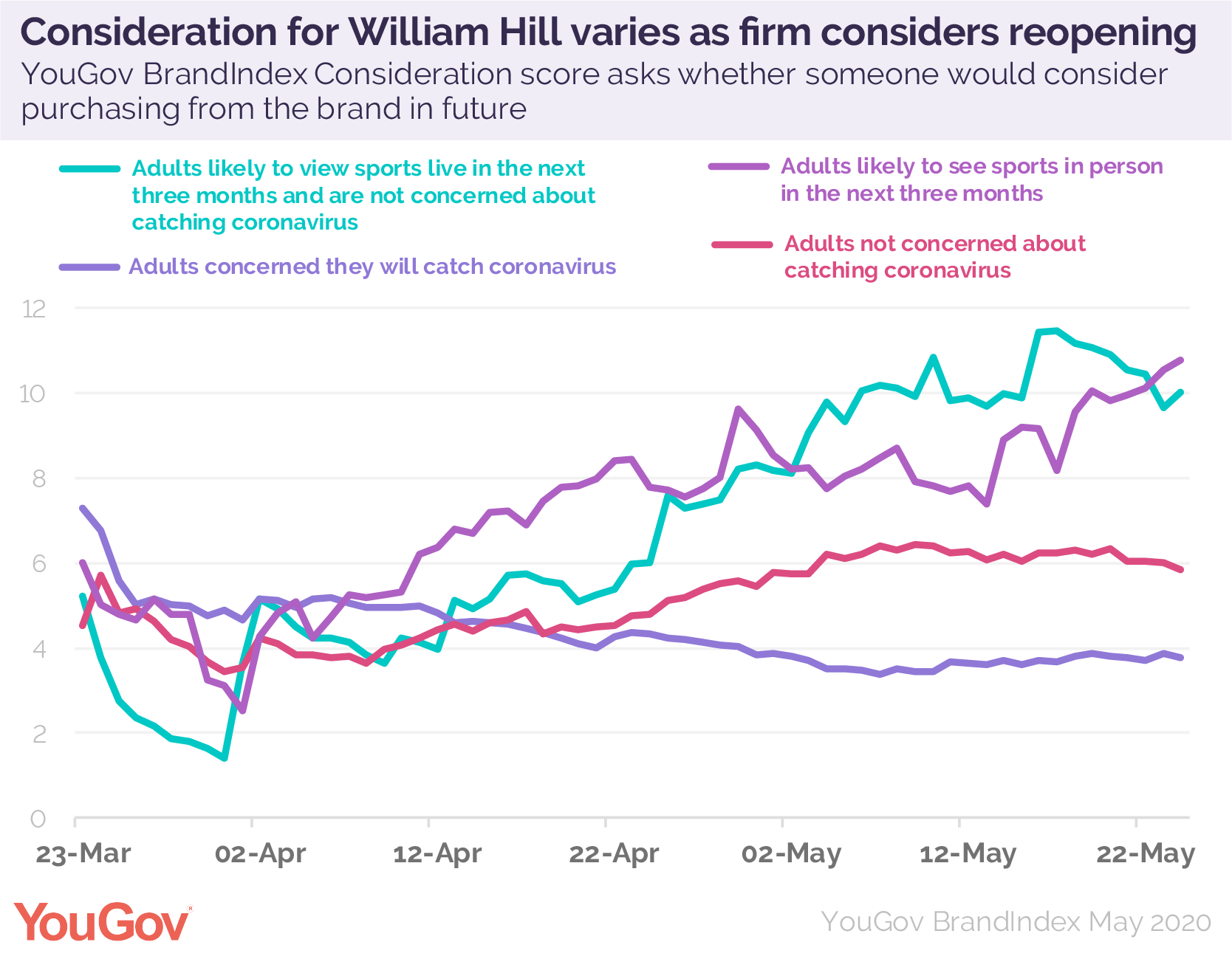 As William Hill and other firms prepare for reopening, the customers that will help to replenish customer bases are those that are less concerned about coronavirus and that are eagerly anticipating the return of sports.

This article was previously published in City A.M.