Skip to content
Six Nations 2020, who do fans think will win? Half of Welsh adults say they are following the competition, compared to just a fifth of Scottish and English adults

As the Six Nations progresses, new YouGov polling reveals just how much the competition means to fans across Europe, with some nations much more dedicated to the sport than others.

The survey, conducted in five of the six nations – England, Wales, Scotland, France and Italy – showed that the Welsh are the biggest fans of the competition by far. 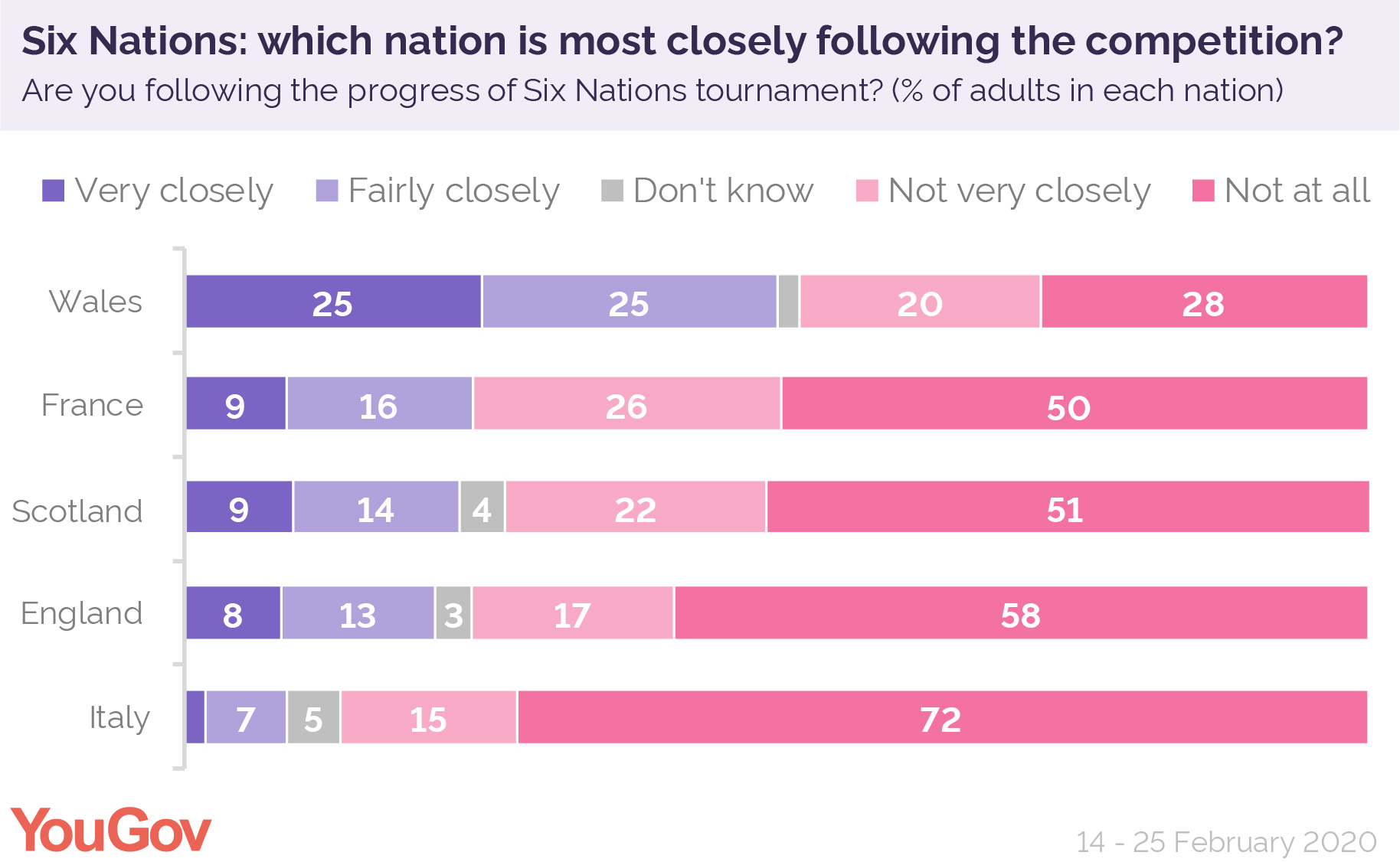 Half (50%) of Welsh people say they are following the Six Nations very or fairly closely, including 25% who are paying very close attention to the progress of their national team through the competition. The fans dedication to their team making this weekend’s narrow loss to England even more bitter for Welsh fans.

The Welsh love of the sport is not restricted by gender or age either, with 41% of Welsh women co following the competition compared to 59% of men. When it comes to age, while the Six Nations is most followed by adults over 55 in Wales (56%), three in ten (30%) of those aged 18-24 are doing the same.

However, despite their dedication to following the competition, Welsh fans are under no illusion of a last minute come-back for the Dragons, with half (53%) of Welsh fans predicting a French victory.

At 58%, English Six Nations fans are the most likely to predict a French victory, possibly influenced by their defeat to the French in the opening match of the competition. However, England remains second in the table, and 24% of English fans remain confident in an English triumph. 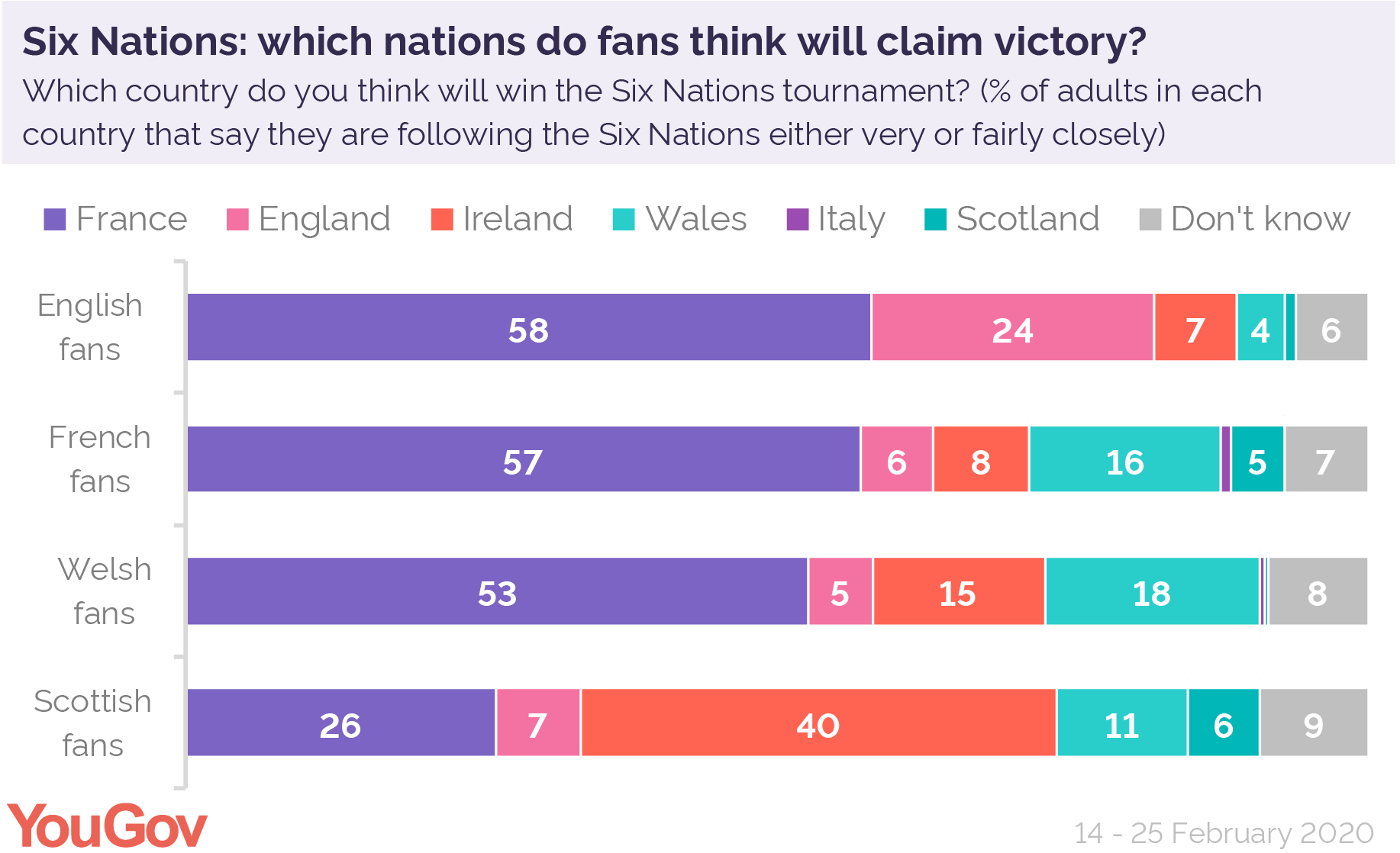 French fans, like their English and Welsh counterparts, are confident their team will bring home the win, with 57% believing they can remain top. Only a quarter (26%) of Scottish fans back the French taking the final win however and are much more likely to back the Irish as the eventual winners.

Across all the nations surveyed, fans are most likely to say they are following the competition from home, with Welsh fans most likely to watch the games from pubs at 24%.