Super Bowl Sunday is on the horizon, and America is keen to watch. A January survey of more than 1,200 people finds that most (60%) Americans say they are planning to watch the Super Bowl on February 2. 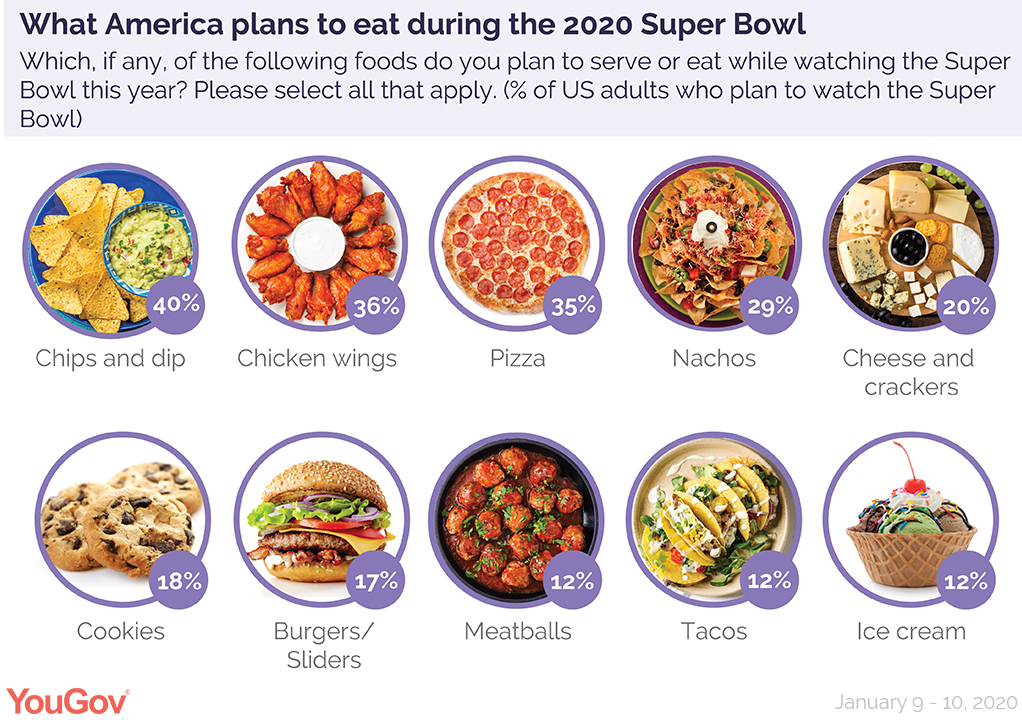 To wash it all down, 40 percent of Americans will be reaching for a can of soda. About three in 10 (31%) US adults plan to drink beer while they watch the Super Bowl, while 20 percent will enjoy some iced tea and 16 percent will pour themselves a glass of wine. 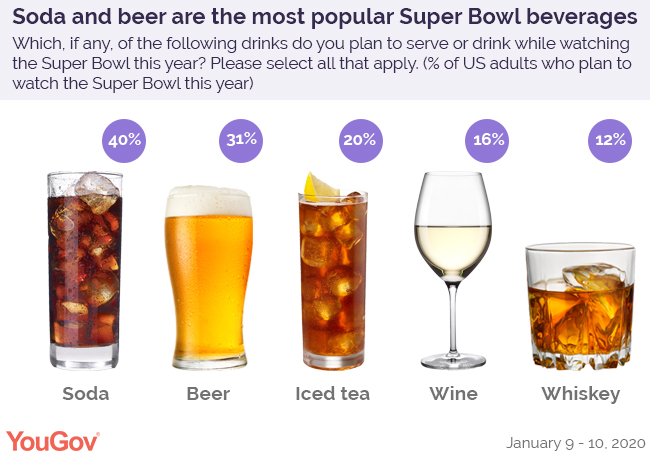 Perhaps fewer Americans would call out sick if they had an additional day to recover.

See the full survey results and sign up to be a part of the YouGov panel.

Methodology: Total unweighted sample size was 1,266 US adults, which included 756 US adults who plan to watch the Super Bowl in 2020. The figures have been weighted and are representative of all US adults (ages 18+). Interviews were conducted online between January 9 – 10, 2020.